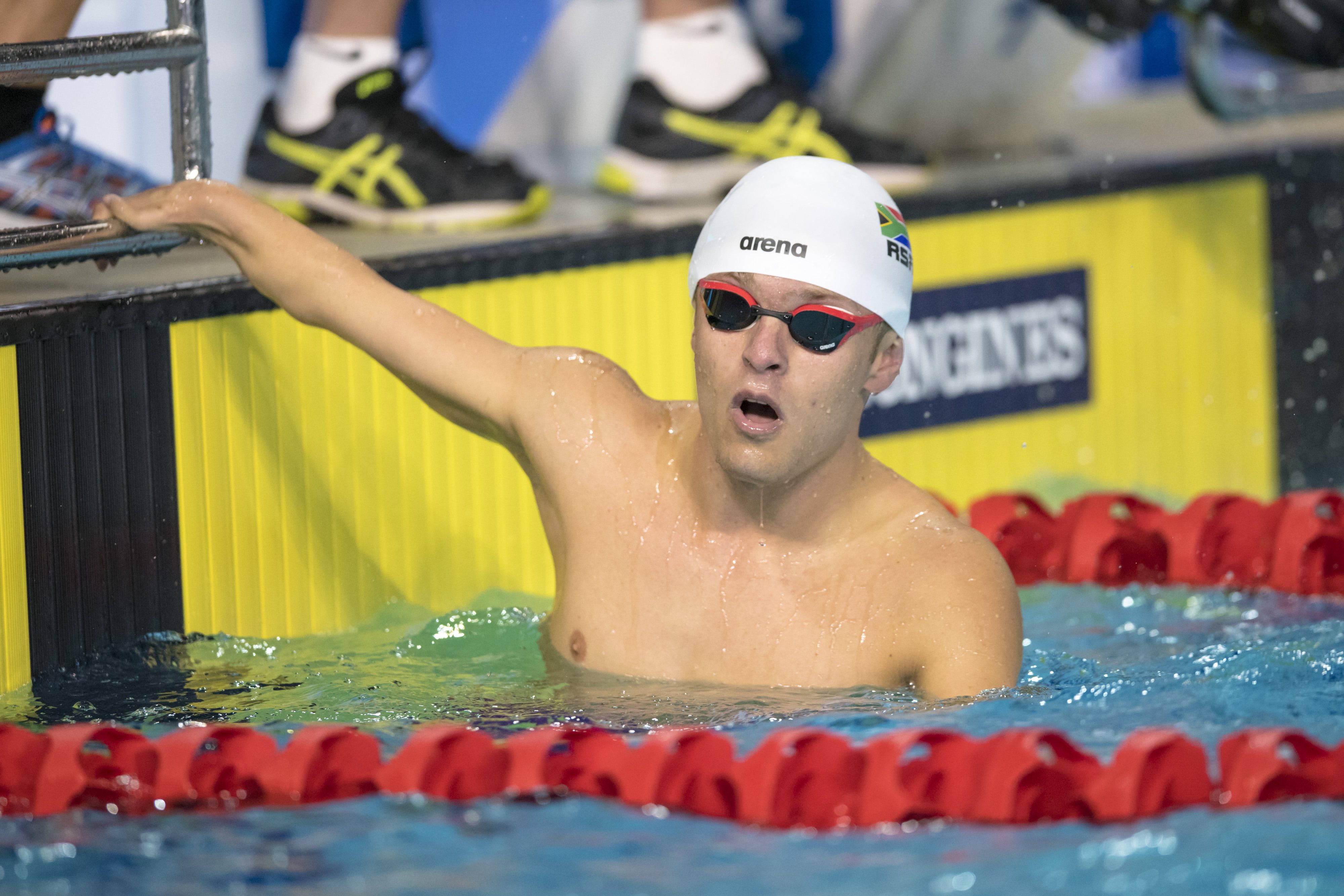 Christian Sadie and Kat Swanepoel produced career-defining performances when they both won silver medals for Team SA on the third night of competition at the World Para Swimming Championships in Madeira, Portugal.

They not only established personal bests, but also set South African and African records, while Cornelle Leach also did so twice on the same day.

Quite remarkably, that made it 12 consecutive South African and African records in as many swims by the four para swimmers representing Team SA at these championships. It surely has to be a historic achievement.

The 24-year-old Sadie arrived at the starting blocks for the men’s SB7 100m breaststroke final with a best time of 1min 21.83sec. In fighting back from third place behind Zarate Serrano of Colombia and Mark Malyard of Israel at the halfway turn, the South African completed the final 50m in 43.16, to touch the wall in second spot in 1:20.87, almost a second under the previous best time.

Kat Swanepoel, who continues to inspire despite a difficult past few months with her health, followed up by producing the performance of her career when claiming silver behind Spain’s Marta Fernandez in the women’s SM4 150m Individual Medley.

Swanepoel actually led through 50m and was still showing the way ahead of Fernandez into the last 50m.

However, the Spaniard finished strongly to touch the wall in 3:00.02, with Swanepoel’s silver medal time of 3:04.04, more than eight seconds faster than her Championships qualifying time of 3:12.37.

A third Team SA swimmer was also in action on Tuesday.

Cornelle Leach got into the record-breaking act, having to wait until day three of these championships to do so. However, she made up for lost time with a South African and African record in the women’s S12 50m freestyle.

Swimming from lane ‘zero’ in a 10-lane heat, she finished seventh in 31.36 to qualify for the evening’s final. Leach had come into the competition with a previous best of 31.67 and she took 0.31sec off that mark to set a new national and continental best.

Hours later the 23-year-old was back in the water and surged to sixth in the final. He clocked 30.62, which was 0.74 seconds faster than she’d gone in the morning for her second SA and African record.

That made it 12 records from 12 swims by the four Team SA representatives.