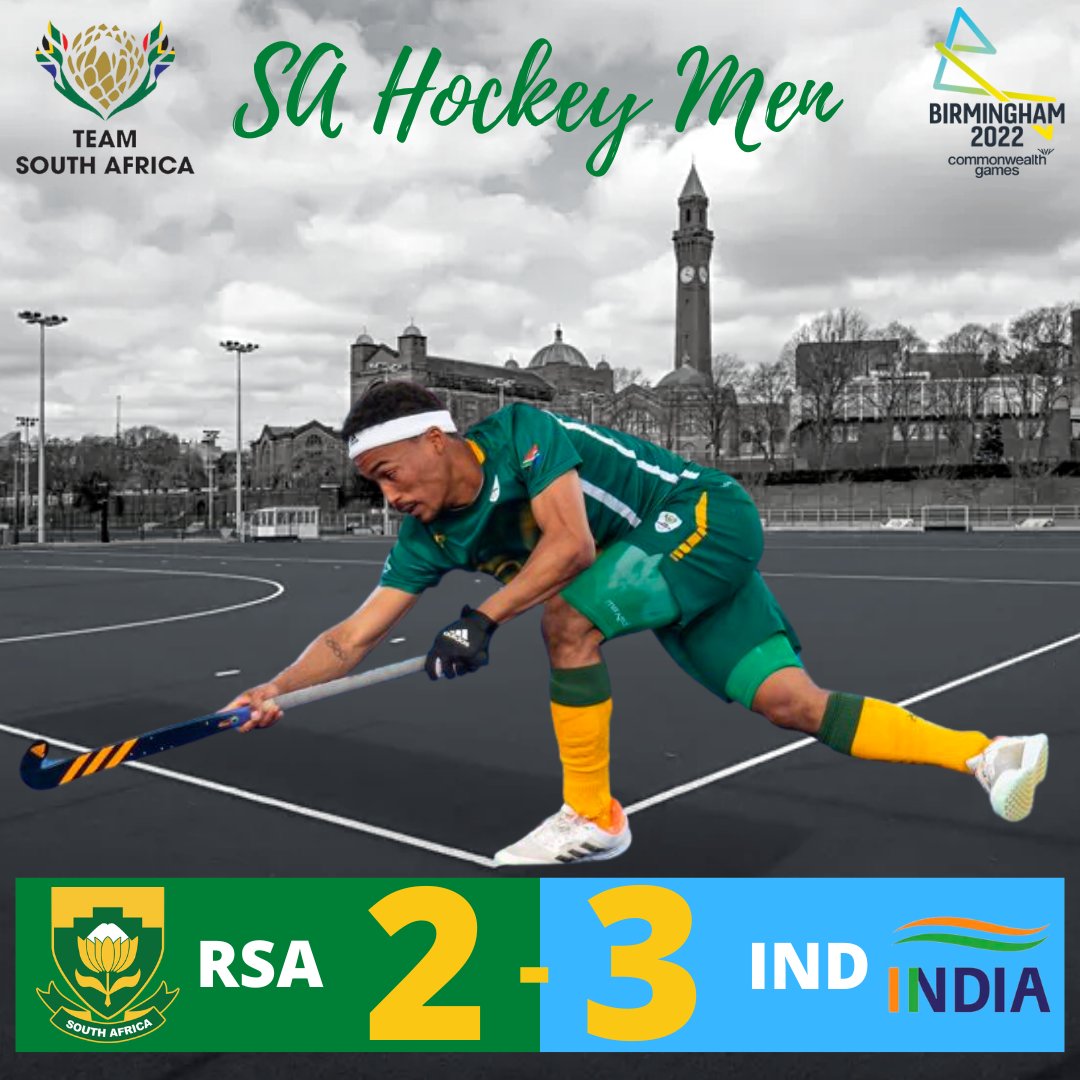 South Africa’s Hockey Men produced an outstanding display to push India all the way in the Commonwealth Games Semi-Final. A brilliant display from Gowan Jones inspired his team as they fell narrowly short of defeating the Asian Champions in a 3-2 thriller.

South Africa made their Commonwealth Games Semi-Final return for the first time since 2002 this evening. It was already a wonderful achievement from the South Africans in getting this far but the challenge ahead was a massive one. They were taking on the Olympic Bronze medallists India, ranked fourth in the world, a team they last beat in the 11th place Playoff of the 2012 London Olympics.

The story of the opening quarter was simply Gowan Jones. The South African shot-stopper was in superb form to deny at least five good opportunities with the confidence that inspires the defenders around you. India were disappointed with their lack of finishing but in truth that would be disrespectful to Jones who was immense on open play and even better at the penalty corner.

The second quarter saw South Africa start to trouble the Indians with their counter-attacking play, led by Dayaan Cassiem, which earned them their first penalty corner. It was well saved by India but South Africa won another and hope was starting to grow. This time it was superbly charged down and the score remained goalless.

The Indians were aware that this would be far from easy and they would need something special to beat Jones who made another good save in the build-up, they found it through Abishek. The striker turned, created his own space and fired low into the bottom right corner past a diving Jones to give the Indians the lead.

The South Africans continued to offer a threat to India on the counter but the Indians looked very dangerous in the attacking third. They probably got the goal their performance deserved just before the half-time break. Mandeep Singh netted his fifth field goal of the tournament as he found a pocket of space and fired low and hard into the goal. 2-0 was the score at the break.

Tevin Kok fired a ball across the circle but nobody was there and India thought it was 3-1 but Gowan Jones produced his best save of the day to keep it at only a one-goal deficit. Ryan Julius showed quick thinking to win a penalty corner. Connor Beauchamp was the man to fire it in but once again the charge down was superb.

Dayaan Cassiem then won South Africa another penalty corner with quick decisive running as India appeared truly ruffled by the South Africans. It was a poor effort from Beauchamp as the Indian defence was dialled in at the corners.

It was Indias' chance to test at the corners but they met the incredible wall that is Gowan Jones who pulled off an incredible save adding to his catalogue of efforts today. India received a green card and South Africa immediately sought to create an opportunity but the Indian defence answered the questions that were being asked. 2-1 the score at the end of the third quarter.

The final quarter started with India looking to dominate the possession and dictate the play, but the South African counterattack still posed a credible threat with the likes of Bili Ntuli, Tevin Kok and the Cassiem brothers constantly causing issues on the attack.  8 minutes remained and there was just one goal in the game.

Another circle entry from the South Africans failed to connect in the circle as the hope continued to grow for the African Champions. Six minutes remained.

South Africa continued to show tremendous heart in trying to get back and they did as Mustapha Cassiem pulled one back with 1 minute remaining. South Africa were asking for a referral in the final minute with just 8 seconds on the clock, but it was unsuccessful and India sealed the spot in the final.