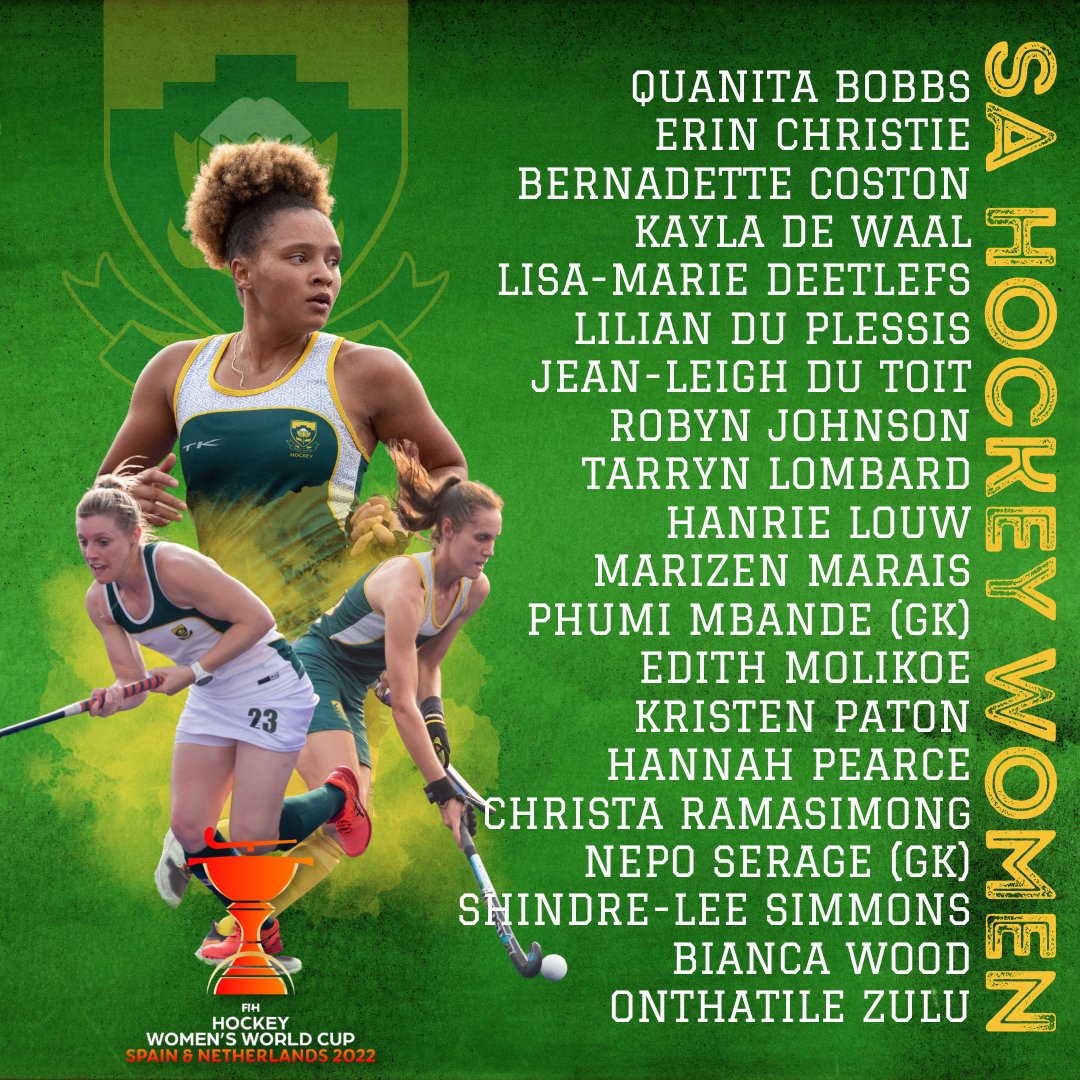 South African Hockey have today announced the SA Women’s Hockey Squad for the FIH Hockey World Cup in Spain and Netherlands. The 2022 event is the 15th occurrence of the quadrennial world championship. It also marks the 7th consecutive appearance for South Africa having secured their spot with a victory in Ghana at the African Cup of Nations.

It’s the first tournament under Giles Bonnet, who was reappointed to the role recently and the first squad selected in this new era. The team features a number of Olympians including triple Olympian Lisa Deetlefs who has reversed her decision to retire from International hockey. She is joined in the squad by Tokyo 2021 team mates Phumi Mbande, Edith Molikoe, Marizen Marias, Kristen Paton, Robyn Johnson, Onthatile Zulu, Erin Christie, Lilian du Plessis, Quanita Bobbs and Tarryn Lombard. Bernadette Coston, who played in the 2012 London Olympics under Bonnet is also included.

The SA Women’s Junior World Cup team performed admirably in Potchefstroom to secure a 7th place finish. A number of members of that team are included and will have the remarkable honour of playing in two FIH World Cups within six months. Jean-Leigh Du Toit, Kayla de Waal and Christa Ramasimong all will have the opportunity to add senior international caps to the Junior Caps they have already received.

Giles Bonnet, head coach of the SA Hockey Women is pleased with the squad:

"I have seen tremendous effort and energy from the team since my return to the post. We know we face a tough challenge at the World Cup against some superb opponents, but we are excited for the opportunity. I am really pleased with the team we have put together, there is a healthy mixture of youth and experience. We believe that we have the right tools at our disposal to go to Terrassa and compete against the best!"

The 2022 FIH Hockey Women’s World Cup takes place in July in Netherlands and Spain. South Africa are in Pool D alongside Australia, Belgium and Japan and will be based in Terrassa in Spain.