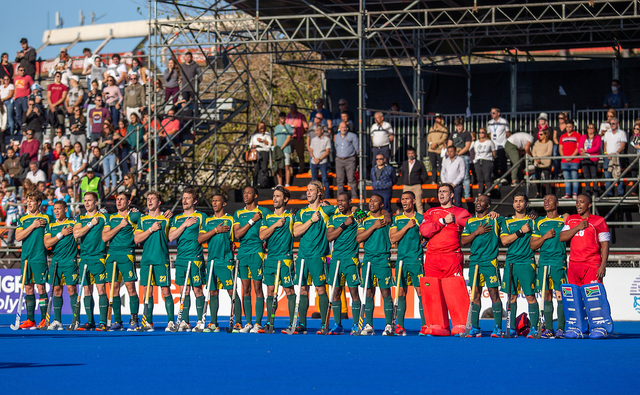 South Africa continued their inaugural debut campaign in the FIH Pro League in Buenos Aires as they took on Argentina. South Africa is participating in the tournament for this season only as a stand-in for Australia who had withdrawn due to COVID Related travel restrictions.


The South Africans had lost the eight games in the Potchefstroom leg with lessons shown and improvement throughout losing 2-1 and 3-1 in the final two games to France and Germany respectively. The challenge would not be any easier taking on the 2016 Olympic Gold medallists and the current world number six.
They welcomed back Tim Drummond, Sam Mvimbi and Matt Guise-Brown to the team but were also missing a few stalwarts in the squad due to club or work commitments. Coach Garreth Ewing also was unable to travel due to recovery from illness.
It was a frustrating start of the South Africans as they could not get stick to the ball and an early penalty corner was converted by the Argentines through a deflection, although nobody appeared to be certain that the ball had crossed the line. Despite the umpires reviewing there was no clear evidence and the goal for Frederico Monja. One quickly became two as the Argentinean contingent settled quickly and the South Africans were struggling with the pace, Fernandez finishing easily.
Despite dominating the possession, the South Africans pulled a goal back with some good high pressing. Vice-Captains Keenan Horne and Bili Ntuli combined for Ntuli to react to a save quickly and finish into the back of the net and breath some life into the African Challenge.
South Africa earned their first penalty corner in the second quarter and despite a mis-trap created a wonderful opportunity, but the chance was missed as debutant Guy Morgan was unable to get a solid connection on the cross. Poor Discipline from South Africa led to a penalty corner for Argentina shortly after, but Siya Nolutshungu was quick with his feet to deny the South Americans.

It was a much better showing in the second quarter from the African Champions who were able to deny the opportunities for the hosts while also limiting the amount of possession. The first half ended 2-1 to the hosts with both looking to turn it on in the second half.
An early green card for South Africa was shown to Guy Morgan and the Argentinean side were looking to raise the tempo and pressure on their visitors. The South Africans were able to hold out during the numbers advantage though and the score remained 2-1 to the hosts.
Argentina was awarded a penalty corner due to a stick check from Jethro Eustice halfway through the quarter and it would be telling as the Argentines would score with a low shot by Lautaro Ferraro straight through Estiaan Krieks legs to re-establish a two-goal lead.
Good work by Chad Futcher earned the South Africans a penalty corner with just a couple of minutes remaining in the third quarter. Guise-Brown superbly finished the opportunity, his 30th international goal for the penalty corner star. But almost immediately South Africa were sucker punched as the two-goal lead was restored when Sarto picked up the loose ball in the circle and fired home easily.
Despite some good possession for the South Africans, they were not able to score before the hooter and it remained 4-2 with 15 minutes remaining.
The influential Bili Ntuli won South Africa another penalty corner three minutes into the final quarter. It was a rocket for Guise-Brown to make it 4-3 and put the South Africans back in the hunt once again. Debutant Trevor de Lora nearly had a chance but a brilliant save by Bosso denied him as South Africa sought for a leveller.
South Africa were pressing high while the Argentines were trying their hardest to dilute the time remaining.The pressure from the South Africans paid dividends as they won a penalty corner with just 4 minutes remaining on the clock. A wonderful save from Bosso though resulted in another penalty corner and it was another Bosso save from a Guise-Brown drag that kept the one goal lead.
South Africa were desperate for an equalizer and pulled keeper Siya Nolutshungu, but it was not to be for the South Africans, who had to settle for a one goal defeat.
Bili Ntuli, South African Vice-Captain, shared his thoughts after the game.

“It was an honour to play in this brilliant stadium with this wonderful crowd. We want to continue to compete and develop and we look forward to the privilege of playing again tomorrow!”
The two teams will meet again on Sunday 24 April at 21:00 SA Time to complete their two tests for
the 2021 FIH Pro League. 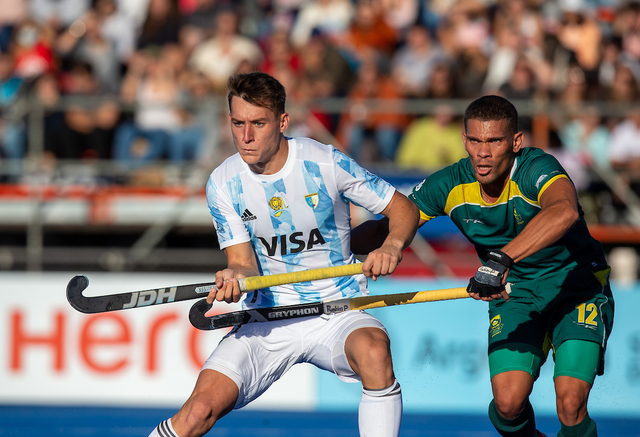 Le Neal Jackson On The Challenge 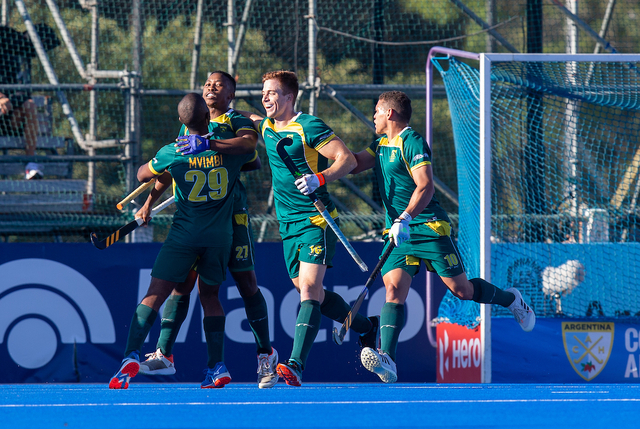 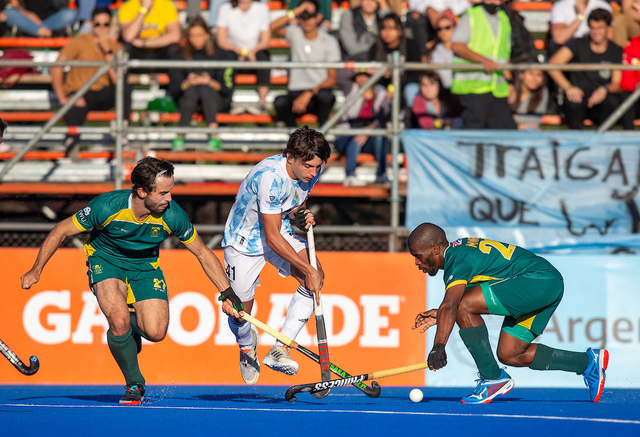 Sam Mvimbi And Jethro Eustice Fight For The Ball 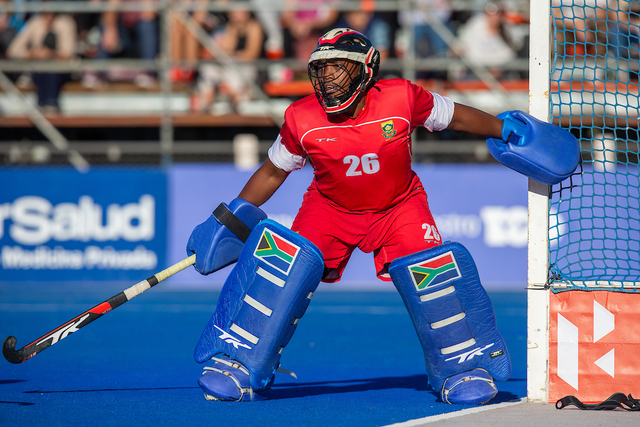