After a thrilling week of bowls, the nation has a new set of national champions following successful competitions in Ekurhuleni and Gqeberha.

The week-long National Championships culminated in Sunday's epic finals day as the medal hopefuls, the men in Ekurhuleni and ladies in Gqeberha, battled it out to be crowned South Africa's best for 2022.

At Edenvale Bowls Club, South Africa's leading player Jason Evans faced Neil Burkett, who plays out of Mowbray Bowling Club in Cape Town, in the semi-finals of the Open Singles. Now representing Morningside Country Club, Evans knew he would have to be at his best to advance past the legendary South African.

Spectators were treated to an arm wrestle of note as Evans and Burkett, now a national selector, traded shot for shot in the race for 21 shots which would see them into the final. 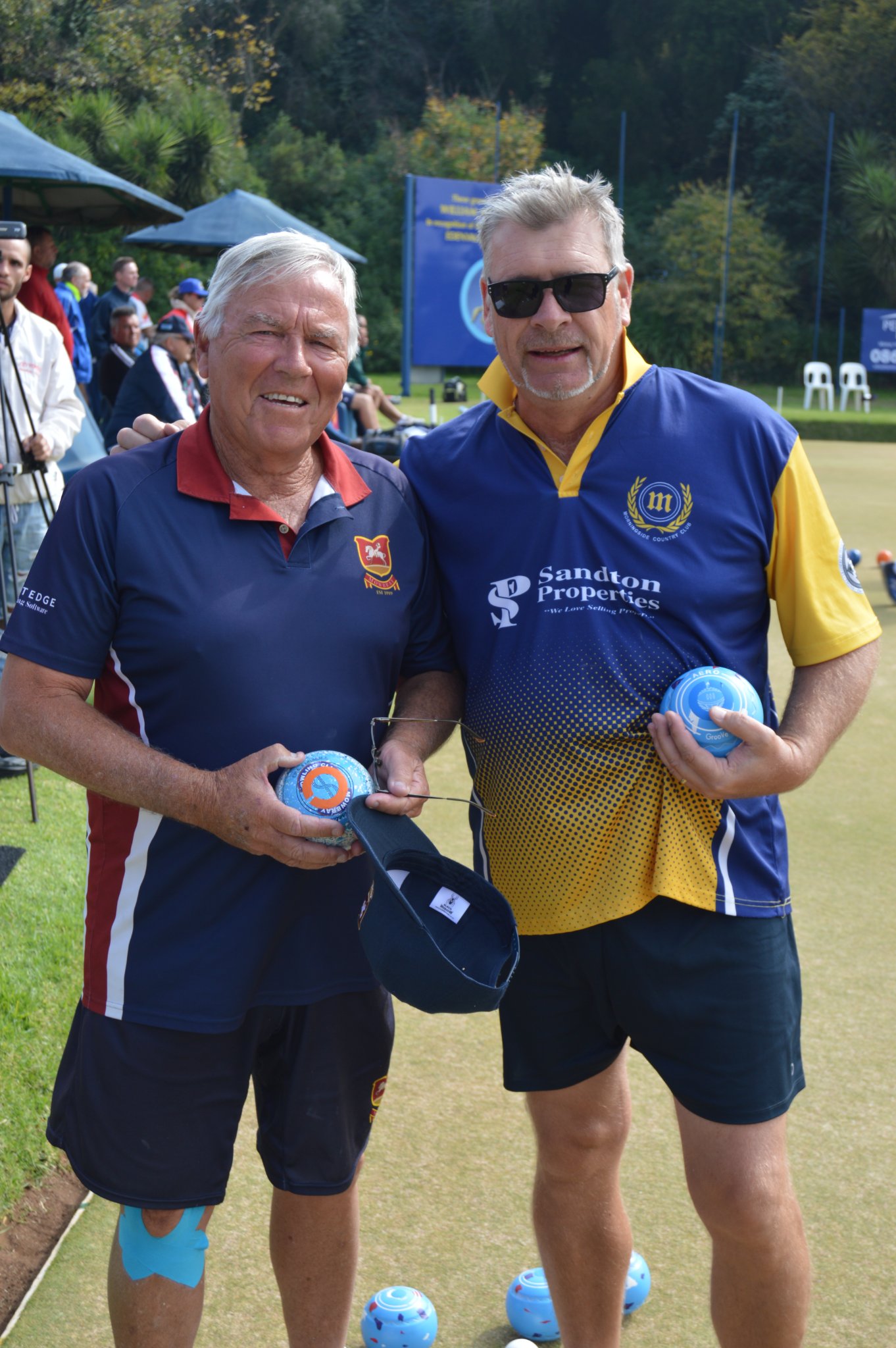 The match produced drama on almost every end as the lead changed hands. In the most dramatic fashion, players trailed the jack at the business end of the contest as the result swung in the balance.

In the end, Evans' final blow was the telling one as he played with some weight into the head to move the jack away from Burkett's bowls. A 21-20 win was enough to set up a final against Shaun Thomas, a former clubmate at Roosevelt Park.

The finale went the way of Thomas, who beat Evans 21-17 in another closely fought contest. 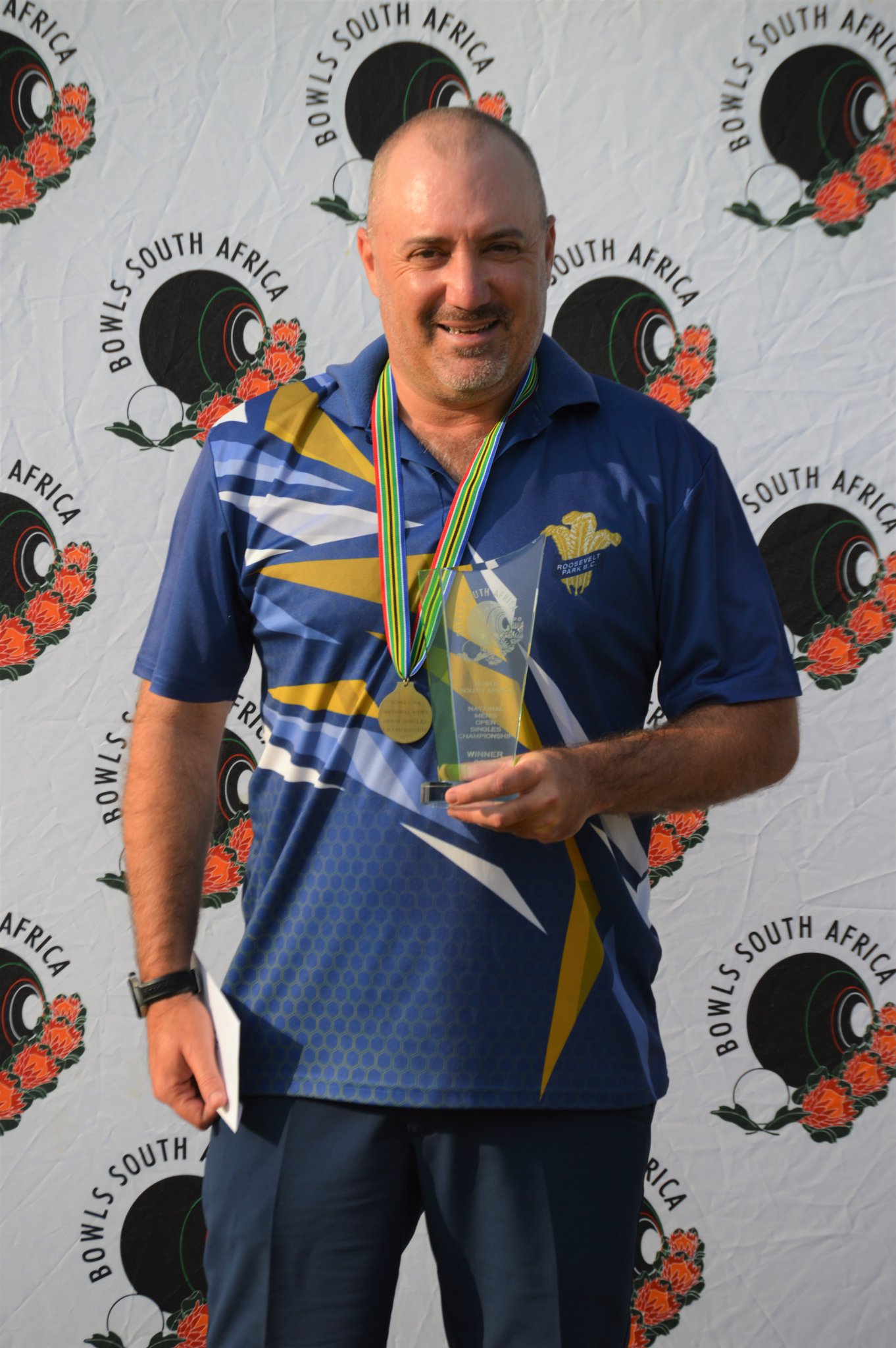 The four's finale was another spectacle as rising star Wilson Malobolo skipped his side to glory and was suitably backed up by his team which included regular South African international Prince Neulonde as his third.

It was an event to remember for Bryanston Sports, who saw Malobolo's side prevail by one shot in the final over the home team. The in-form Victor Siphali was part of the Bryanston Sports quartet who lost to Malobolo's four in the semi-finals in a strong showing for the Joburg club. 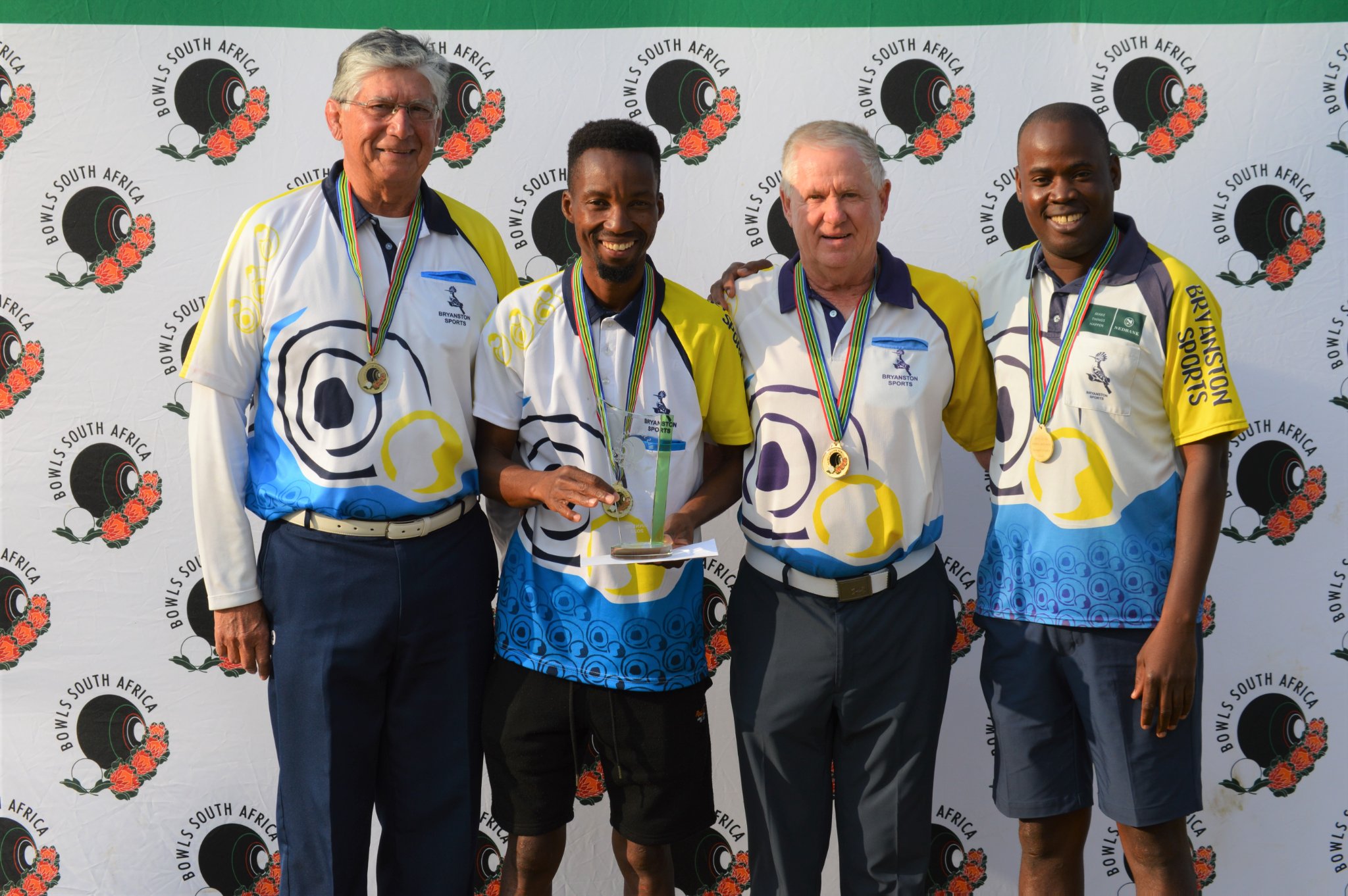 The pair's final saw a match up between two current Proteas squad members in Wayne Rittmuller and Brendan Ferns.

Rittmuller got the better of young ace Ferns, who already has the national pairs title in his trophy cabinet, to add the pairs crown to his ever-growing resume. Rittmuller and Jason Lott earned gold after a 17-14 win. 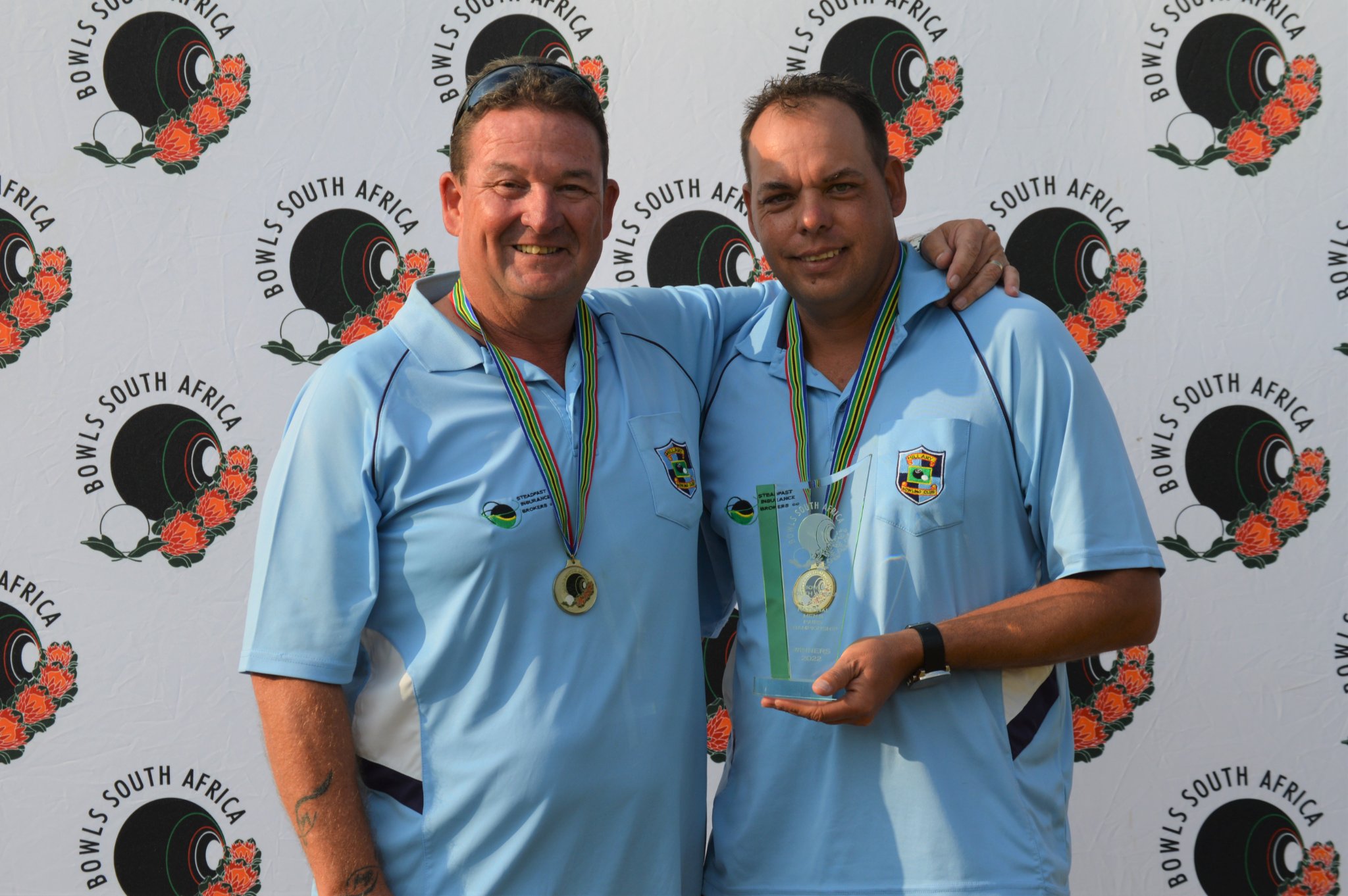 Walmer Bowling Club was the venue for the equally entertaining Ladies SA Nationals. The final day was a culmination of superb bowling with the standout performance coming from BGN's Ina Fourie who managed to beat Proteas skip Colleen Piketh in the final of the Ladies' Open Singles.

Fourie downed the international star 21-19 in the semi-finals before winning golf in a commanding showing (21-9) against Helen Jansen, who needed to edge out her club mate just to make the finale.  It was the second medal for Piketh at the championship following her bronze in the Ladies' fours. 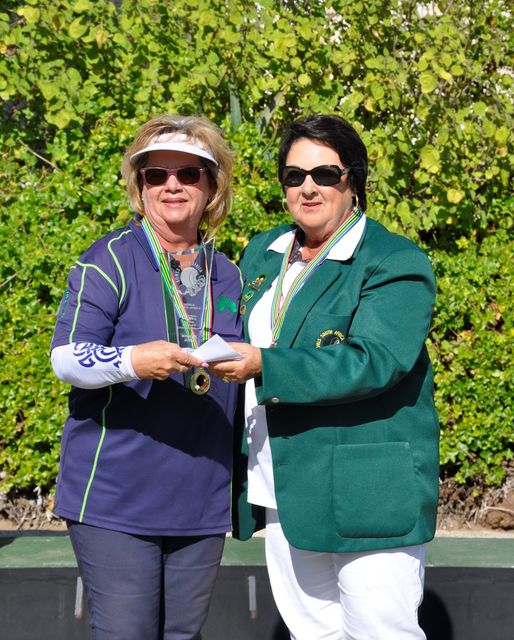 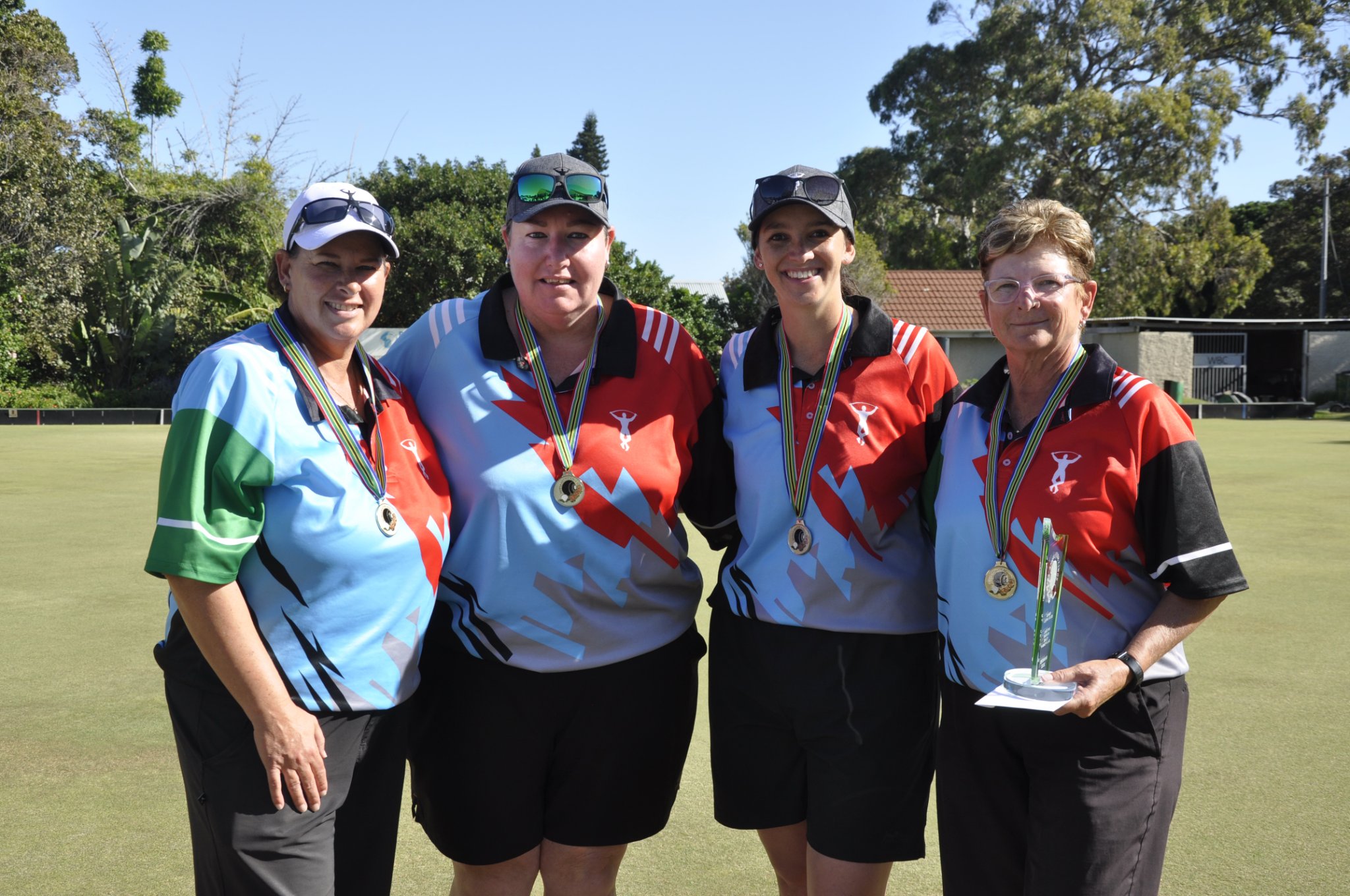 Nan Roos and Jenny Raymond (Hartenbos) walked away as pairs champions thanks to 18-13 win over the Smith and Coetzer combination
Sandy Smart provided some joy for the hometown support as she won the Veteran Ladies' Singles title. 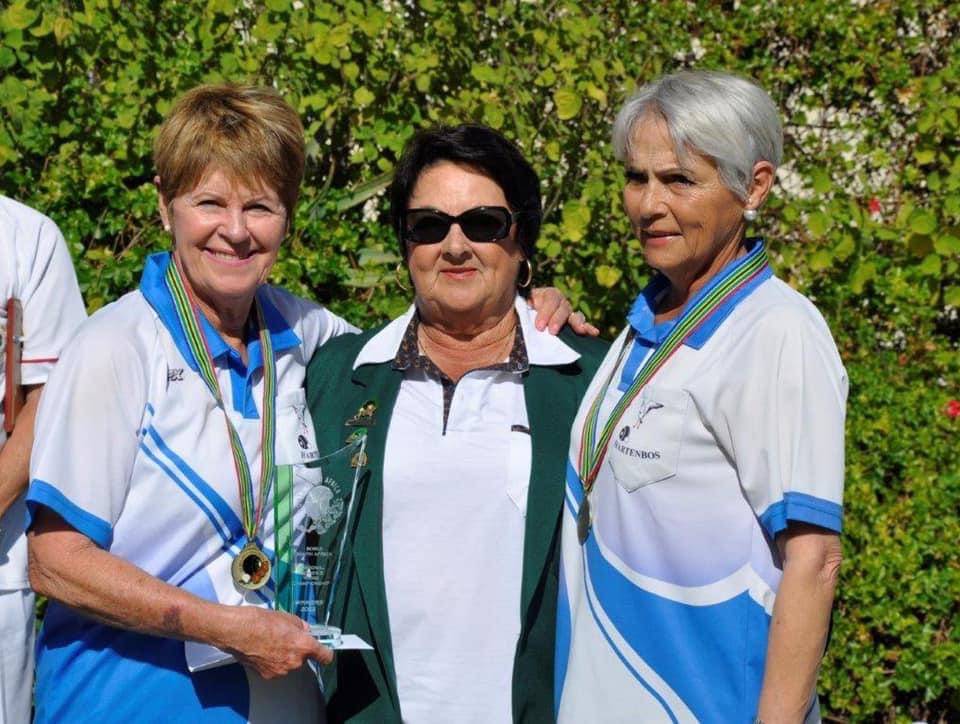 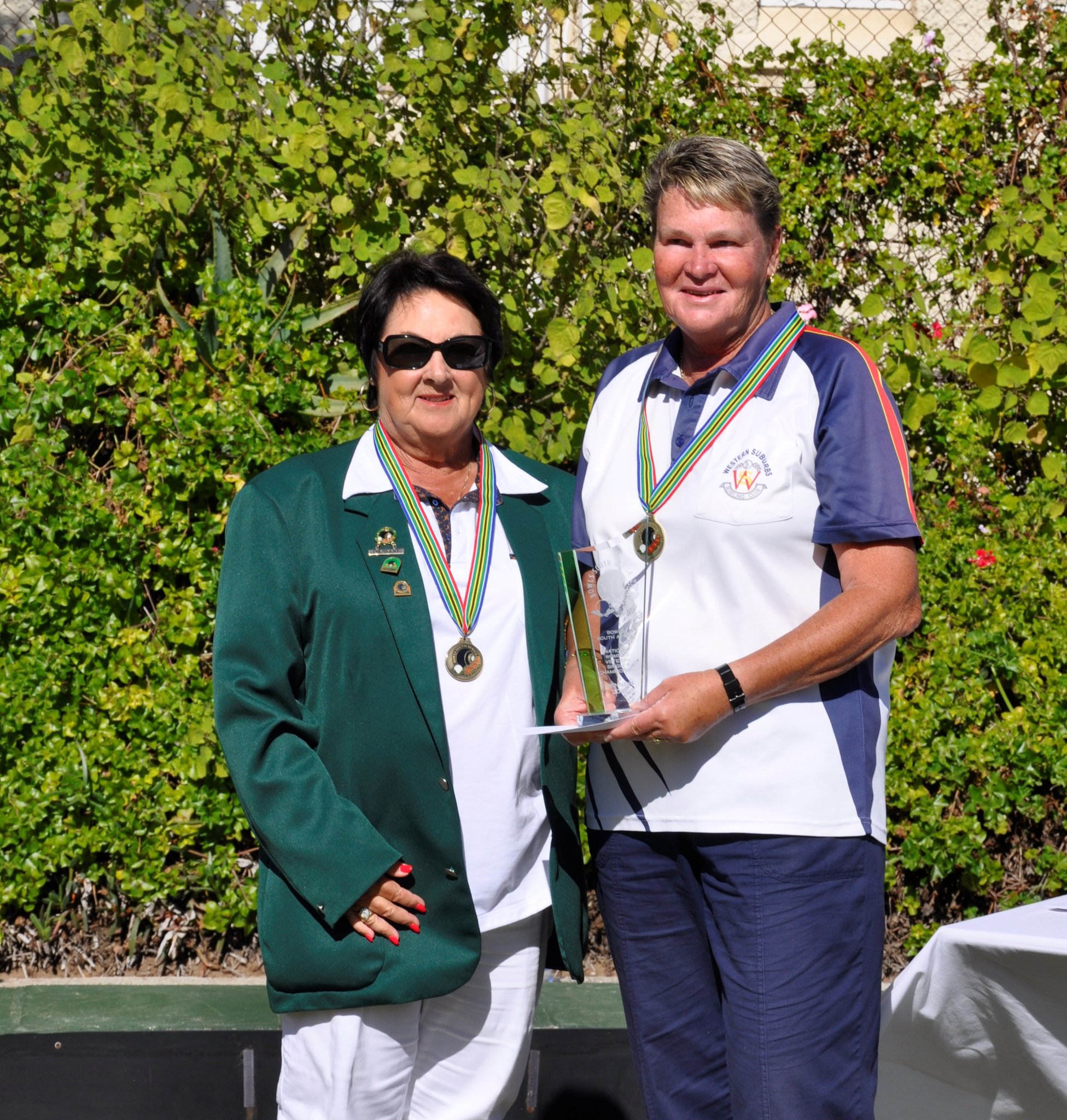