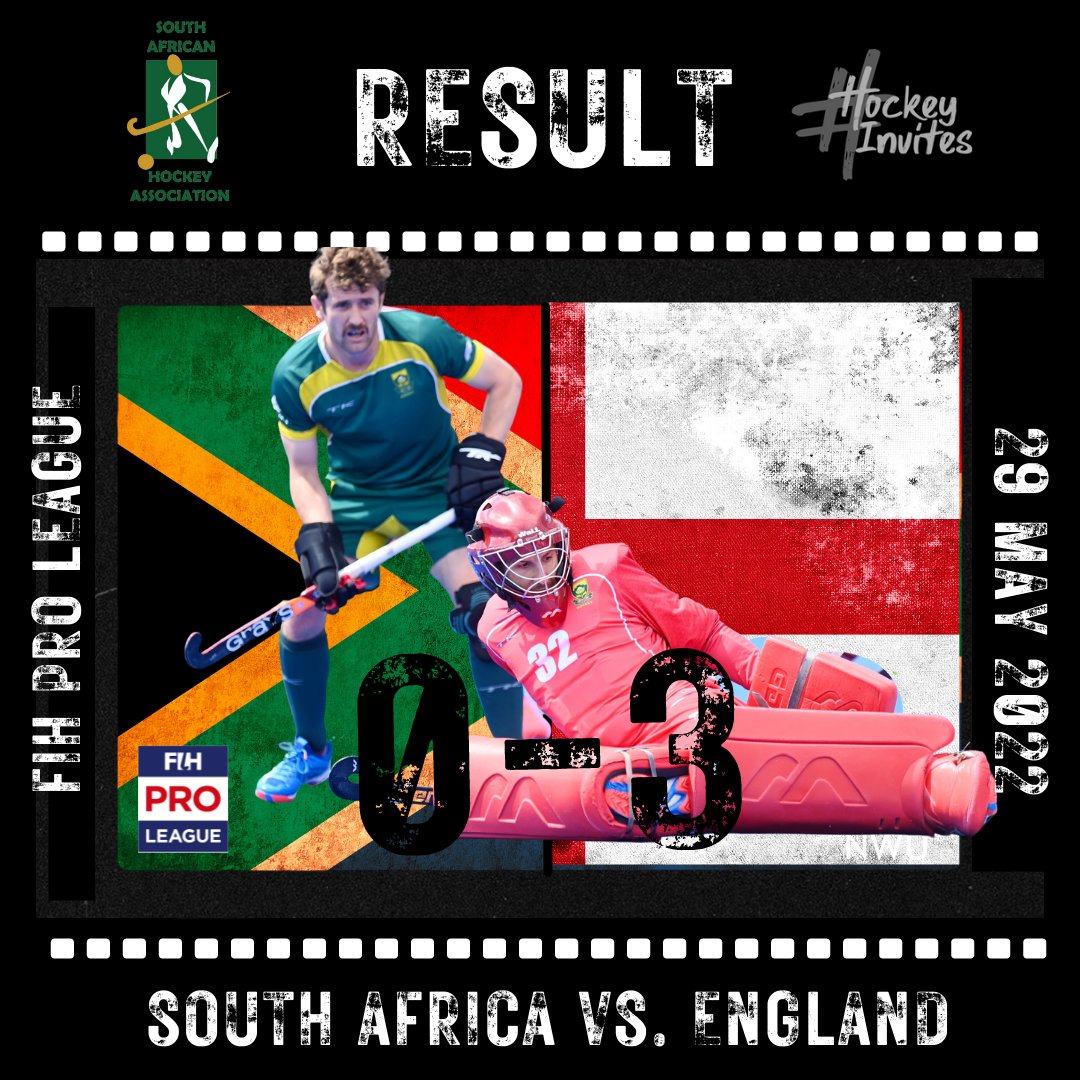 South Africa and England met for their second FIH Pro League encounter at the Lee Valley Hockey & Tennis Club in London today. England were looking to continue their good run of form which had seen them win three in succession, while the South Africans were desperate for at least a better start and to take the competition a bit further as the classroom of the Pro League continues to dish out hard lessons for the African champions.

Speaking after the opening test match, South African Head Coach had bemoaned a slow start to the game and his mood would not have been lightened by the start today. An early penalty corner was repelled but in just the fifth minute the visitors were trailing as they conceded from a James Abery short corner. The goal was the first of his international career and made the mountain that the South Africans had to climb a little bit steeper.

Before the end of the first quarter though that mountain started to look like Everest as the South Africans had picked up the ball out the back of the goal for a second time. Will Calnan fired in a rocket. The not-so-specialist penalty corner taker showed that he has the talent to be entrusted with that role in the team on a far more regular basis.

Despite a goalless second half it was England in the ascendancy as the South Africans looked to take advantage on the counterattack, but England was wise to the tactic. England were 2-0 up at the half-time break but had found a stubborn South African defence hard to break down.

The third quarter lacked any real incisiveness of quality and it played out without another goal. The visitors were starting to grow in the belief that a late flurry could earn them something from the game.

But England doused any real attacking opportunity for the South Africans by just holding possession like a bully on the playground. After almost constant possession, England got the third goal as Chris Griffiths showed great skill to hold off his man and produce a very tidy near-post finish.

The game ended with the South Africans unable to score for the first time in the FIH Pro League. A disappointing stat for the Pro League guests who have just four remaining in the series.

“We started too slowly once again and it really hurts us. We couldn’t convert on our outcomes and our attacking opportunities, at this level we definitely need to be more clinical. I thought we were much better in the second half but we have a lot of work still to do.”