Bullion IT Racing duo Jurie Swart and Giordano Lupini are delighted at the prospect of racing on neutral ground when the CompCare Polo Cup heads to the historic and fast beachside East London Grand Prix Circuit, Saturday 6 August. Swart carries a small championship lead into the Border races, while turbo Polo rookie Lupini tops the first year Cup standings. Both drivers are itching to take it to their rivals at this away race for every driver on the grid. 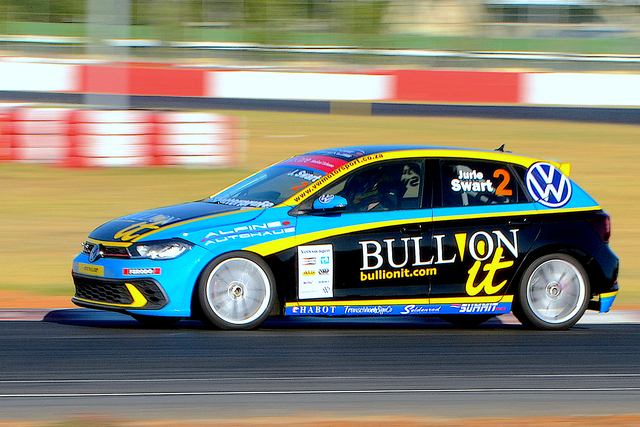 “I came away from my toughest test of the season in a reasonably good position in spite of a tough weekend at Red Star,” Jurie Swart admitted. “Now we head to neutral ground and arrive at East London on equal footing with the rest of the grid. “It’s the only race of the season where none of the Polo Cup field enjoys a hometown advantage, so this one is down to each driver and team getting the best out of their car on this classic racetrack. “I love East London – we can’t wait for the weekend!” 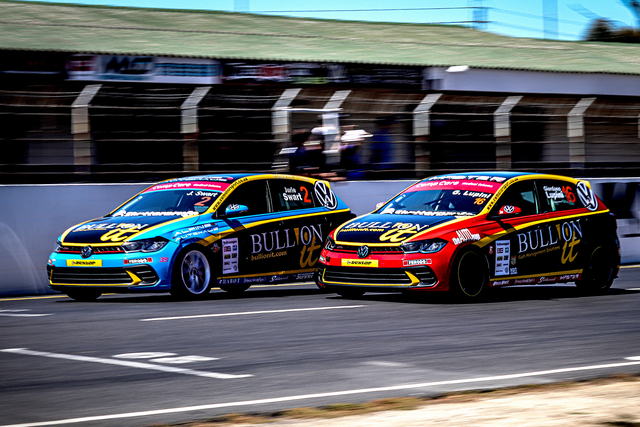 “We expected Delmas to be our toughest weekend of the year, so to come away with our best race results in my Bullion IT Polo was very good,” Giordano Lupini admitted. “Now we race at a track where nobody has a chance to test, so I’m really looking forward to it. “I’ve improved my qualifying through the year and it would be great to break back into the top six. Having made 23 overtakes so far this season, we like the prospect of starting closer to the front!  “Let’s do this!” 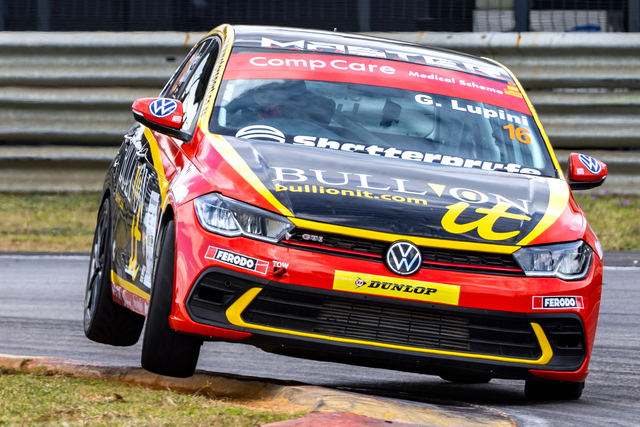 “Jurie and Giordano’s performances on track have made us proud,” Bullion IT CEO Clive Strover concluded. “The team goes to East London with Jurie leading the overall championship and Gio the top rookie in the title chase and both looking to consolidate those positions. “Go get it guys!”