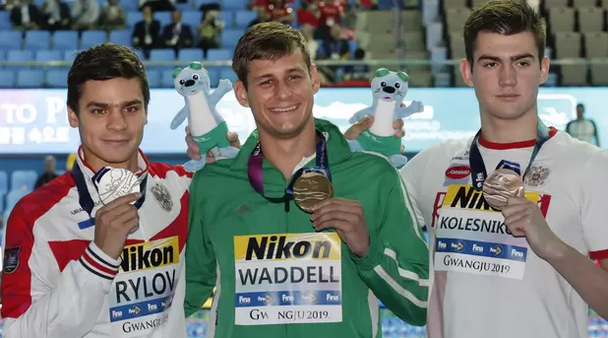 With the Olympic Games in Tokyo now less than a year away, the South African swimming team finishing with four medals at the recently concluded World Championships is a promising sign.

Zane Waddell surprised many with his gold in the 50m backstroke, but that is not an Olympic event, so he will have to work on the longer 100m if he is to feature on a medal podium in Tokyo. Both he and national coach Graham Hill believe that he’s capable of doing just that.

“This is a really big step in the right direction for me considering the 100 and that is what I’ll be focusing on for Tokyo 2020,” said Waddell after beating off his Russian rivals for gold on Sunday.

“Hopefully next year he’ll be right on target with that event, obviously with the 50 not being an event at the Olympics.” 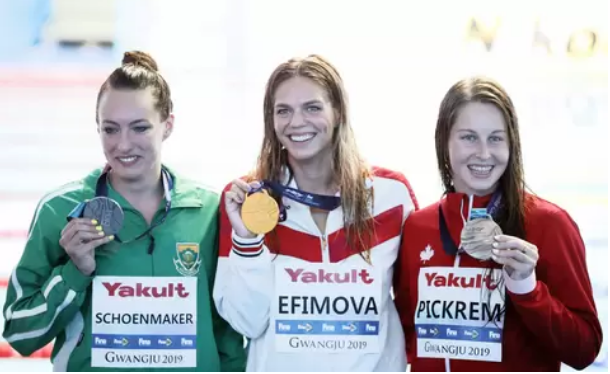 Tatjana Schoenmaker (200m breaststroke silver) and Chad le Clos (100 and 200m butterfly bronze) were the country’s other medallists in Korea, but beyond that, it’s tricky to see where any medals might come from in Tokyo.

“I’ve said it before that you at least need to be knocking on the door and making some finals one year out from Olympics if you want any chance of winning a medal the following year,” said Hill.

“But it’s been such a crazy world championship with some of the really big stars not making it through to finals so it all depends on what work is done over the next year and we’ll see how that goes.